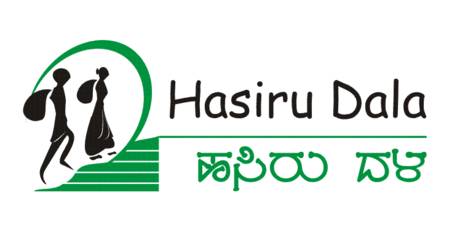 In 2013, Nalini Shekhar from Bangalore formed an NGO to bring good changes in the lives of ragpickers and waste pickers.

She was highly influenced by Gandhian and Ambedkarite teachings. Her main aim was to work for the upliftment of the waste pickers and to make sure that they have access to social security.

Society’s attitude towards waste pickers is discriminatory. They can’t lead a proper life because they are shunned by society.

Nalini wanted to change this. She along with her two friends, Lakshmi Narayan and Poornima Chikarmane formed the first-ever trade union of waste pickers: Kagad Kach Patra Kashtakari Panchayat (KKPKP) in Pune.

The union looked after the rights of the garbage pickers and provided them. Under the union, each member possessed an identity card. She pleaded with people from the nearby residents to segregate their waste. She believed this responsibility lies with them and not the waste pickers.

She went to the US for a short time where she also worked in the interest of the laborers. Nalini volunteered at a South Asian women’s support group, Mythri.

After returning from the US, she settled in Bangalore. She formed the NGO, Hasiru Dala. Since the contract system was already involved in the waste management process in Bangalore, her NGO fought for the waste picker’s right to have an occupational identity card.

Hasiru Dala ensures gender equality and provides a platform for women for enhancing their skills.

I would like to request the editorial board to assign a journalist to further do research on this changemaker from Bangalore and make people aware of her contributions.